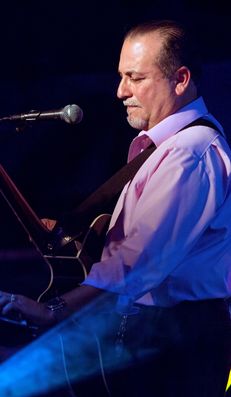 After many years of playing guitar and writing songs, I finally decided to take it to the next level. My friend Bruce D. and I got together for the first time in 2003 and jammed for hours, recording some of the songs. Even though we had a great time, the recordings were not what we thought they were that night, but it got me started on the path to recording my music. That night Bruce said I was the person he felt most comfortable playing guitar with and told me the story about a band he saw once. He said that the band sounded very bad when they started playing, and as the jam progressed, they sounded even worse. Bruce said, "those guys were so bad, they wouldn't even get hired to play at Cafe Peyote!" This, my first recording project is in memory of that night, the fun we had, the dreams that came alive. I hope you enjoy my music and that we will one day see each other when I begin playing professionally. Thanks for your friendship.

It's been four years now, and after 37 songs it is clear that my music has a message that must be heard. It is about the past, our present and what lays ahead, both in a material and spiritual sense. Café Peyote now has a more profound meaning. One is human, as we are living in a nightmare of war and conquest; the other is spiritual, as life as most people know it is an illusion, only a glimpse of reality. There is a life far beyond what we physically perceive each day! There are only three types of persons in this world: those that don't believe in spiritual life, those that do believe out of faith but have never experienced it, and those that believe because they have crossed that boundary. I hope that you fall in either of the last two groups, as there is much to do, and we all need to get involved before there is no turning back. EVERYTHING DEPENDS ON US! With Love.

The opportunity has presented itself, Occupy Wall Street has become

Occupy America, if not beyond. The '60s are back. Surely this is the time to win our freedom back. Let's all be a part of it, with sincere thought, respect and with courage.

Our life and freedom are being attacked from all fronts: (1) mandatory vaccines with resulting autism rates increasing every day [now 1-62], (2) GMO crops pushed on the masses, (3) clandestine aerial spraying of toxic chemicals, (4) weather modification programs disrupting micro and macro climates, (5) practitioners of proven effective non-orthodox cancer treatments being prosecuted, (6) sellers of products that cure cancer threatened and jailed, (7) the whole Middle East maintained in chaos, governments illegally overthrown or forced to submit to US/UN rule, (8) the United Nations applying Agenda 21 globally for confiscation of property and control of all human activity, (9) a fictitious "climate change/global warming" agenda being used to close the circle of control and directly or by implication ushering the beginning of The New World Order, (10) application of advanced technology for mind control of the masses through smart meters, cell towers, whether and communication systems [including HAARP], electronic devices, spraying of Smart Dust [self-replicating nano technology particles/artifacts entering our bodies and the environment], (11) elite global control of financial institutions by manipulating all markets, destroying economies and people's lives, (12) the government illegally intercepting all communications, everyone being tracked, and (13) what appears to be an agenda to reduce the population of the world in significant numbers through sterilization, disease, famine and war.

And when will it all stop or will we be able to see the end of this? NEVER, IF WE PERSONALLY DON'T GET INVOLVED AND DO SOMETHING ABOUT IT!

This is an attack on humanity. Nothing less ...

After the passing of California's Senate Bill 277, which eliminated personal and religious exemptions to vaccination for school children, on July 1, 2016 I established and opened my church, the Natural Law Church of Health and Healing, with me as Pastor and administrator, to help our Disciples legally establish their religious right not to vaccinate or undergo any unwanted medical procedures.

Fifteen years ago I started my personal project based on music, peace and revolution, Cafe Peyote, and I have dedicated my efforts to understanding the manipulated world we live in — and it seemed all was hopeless, as I describe above. And then, the unthinkable happened: Donald Trump became president of the United States.

I always thought that to change the negative path our country and the world was moving towards, the New World Order, a 1984 type of world, where Republicans and Democrats work in unison to establish the NWO agenda, that the revolution would come from the people, but it did not, it came from Patriots in important levels in government and possibly industry. Apparently there was a plan to turn things around, involving private and military operatives that offered Trump the opportunity to go down in history as the greatest “for the American People” president. As a note, prior to Trump running for president, I did not personally like Trump.

And then, out of the blue comes “Q”, what appears to be the strategic/logistics side of such supposed Patriot Trump Operation, confirming a coordinated attack against the Deep State (to me the Comeys of the government are not the ”Deep State” - their handlers are, such as the Clinton’s, Rockefellers, and Rothschilds of the World, whose pedophile and satanic rituals have been exposed by Wikileaks and never denied by Clinton or Podesta as to the specific emails revealed). See this Q video that explains this possible Trump Presidency scenario, click here.

From the beginning of the Trump presidency, as I saw everything unfold, based on my understanding of facts related to the Deep State, I had come to the same conclusions that match the Q video view above. Things that confirm my beliefs include (1) About 250 U.S. Generals supporting Trump by the time he announced he was running for president, (2) getting out of the TPP agreement, (3) getting out of the Paris Agreement, (4) his meeting with Bobby Kennedy regarding the dangers of vaccines, (5) the creation of the Conscience and Religious Freedom Division within HHS, etc.

While I would have preferred Ron Paul to have won the Presidency in 2008/2012, stolen from him by republicans, democrat and the mainstream media in unison (remember the exit polls, saying he lost the primaries and later confirming he won - it proves the existence of the Deep State), I don’t think Paul, precisely because of his honesty, morality and temperament, could have ever won against such deep state operatives and the media attack on any proposed policies (remember, Paul spoke about dismantling federal agencies). In other words: To kill a wolf, you can’t use a rabbit, you need a bear. And if the bear roars, what would you expect, he is a bear.

So, I continue to hope for the best and hope that indeed, President Trump will be the best thing for the United States, the World, and the death blow for the New World Order Establishment.

#BigVaxxPharma has made the biggest Check against humanity, but not a Checkmate yet, we will stop it. They began by censoring posts on Facebook, make it hard to find groups against forced vaccination, then they started banning books and videos in Amazon on vaccines or natural health, the excessive removal of Youtube videos, banning vaccine groups from MailChimp and other networking and fundraising sites like GoFundMe, then the actual posts in Facebook started having disclaimers of fake news, then the Check: The Coronavirus/Covid-19. Now they have most of the world on lockdown, businesses being closed and millions unemployed, wearing facial coverings every time we go outside, social distancing, even when walking on a beach, where you cannot even sit down, and banning of proven treatments to cure Covid-19. And the only solution: A vaccine and tracking for vaccine compliance. The day for mandatory vaccines on every child and adult in the world has arrived, or so says Bill Gates.

I made my first comment here in December 2003, starting to warn about what was coming. Some of us have been very active fighting against this #VaccineHolocaust. We need all hands on deck: attorneys, doctors, researches, protestors, people to donate for all these causes, and getting everyone in our social circle involved to exposed to the truth. We have all the proof we need now.

Please join us and help us win.

The day of reckoning is here:

THERE ARE NO CONSPIRACY THEORISTS --

ONLY CONSPIRATORS THAT HAVE COMMITTED CRIMES AGAINST HUMANITY FOR DECADES, IF NOT CENTURIES

In the next few days we will see if President Trump will keep his promise to Dr. Andy Wakefield:

“For the first time in a long time, I feel very positive about this, because Donald Trump is not beholden to the pharmaceutical industry… He didn’t rely upon [drug makers] to get him elected. And he’s a man who seems to speak his mind and act accordingly …

Andrew told him about Thompson and gave him Vaxxed. Dr. Gary ended the meeting by saying ‘Donald, you are the only one who can fix this’. He said ‘I will’.”

The World and our lives are now in the hands of All Mighty God. May he forgive our sins and may the Children of God prevail. Amen.

Unfortunately, and as many of us against forced vaccination expected, the WHO declared a SAERS-Cov-2/COVID-19 pandemic and has used it to cripple the world's economy, mandated that all persons stay at home and wear obedience masks, and they shut down businesses, including places where people gather like restaurants and churches to silence any opposition. The move is part of the Great Reset to change the world forever, turning it into a slave system, where currency is digital and everyone is tracked, using passports to move from one place to the other.

The injuries and deaths caused by the COVID-19 vaccines are massive, obvious, out in the open, and yet it is denied by authorities and the media. And now we have the Ukraine crisis. At this point, only a miracle will save us and that is the reason why more than ever we must turn to God for guidance and why we must be the soldiers He needs to win this battle against His Children.

May we all survive this global holocaust. Amen! 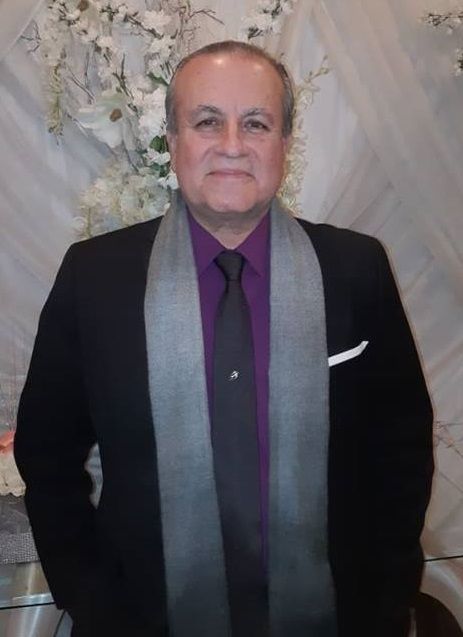